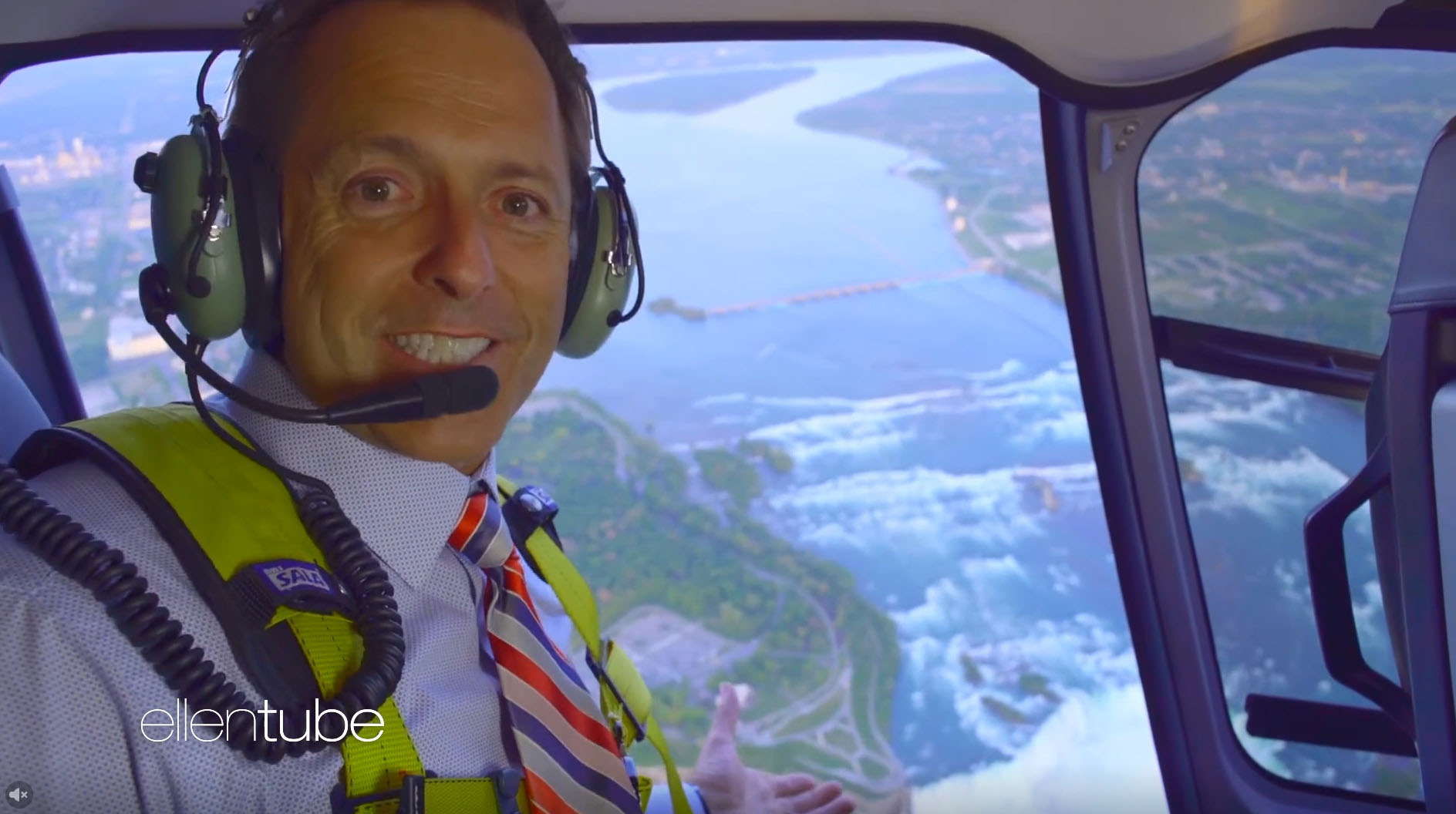 Plan is to have TV talk show filmed in Niagara Falls

Niagara Falls wants Ellen DeGeneres. And this week, city hall got its first hint that maybe she wants us, too.

A five-minute video created through city hall — a lighthearted invitation to the TV star to bring her talk show here — featuring Mayor Jim Diodati and others was received by the show’s producers.

This week they responded. They posted the video to EllenTube, the show’s version of YouTube, and contacted the mayor’s office.

Staff put them in touch with the city’s economic development office, and Diodati hopes to speak with the producers — or DeGeneres herself — via Skype this week.

The ultimate goal is to have DeGeneres bring her show to Niagara Falls in spring or summer 2019 to film some episodes while giving the city major North American TV exposure.

The video that caught the producer’s eye was written and produced by Patrick Gagliardi.

At one point it shows Diodati addressing a crowd in Oakes Garden. On the day of the shoot, weather was bad and some of the actors couldn’t wait around.

“We were asking strangers, tourists walking by, ‘Hey, do you like Ellen DeGeneres? Do you want to be in a video?'” Diodati said. “And some of these people are from other countries, they don’t even speak English.”

In another scene, Diodati and his son are riding in a helicopter over the Horseshoe Falls. The chopper had no door, and the mayor had no seatbelt but was harnessed in.

“There was too much give (in the harness line), I was nervous,” Diodati said. “And we’re going over the whirlpool, over the falls. My knuckles were white.

“And as you’re going over the falls, you’ve got to tip the chopper to get a good view of the falls, right? I’m trying not to screw up my lines, and I’m hanging on with my right hand.”

The video can be viewed online at NiagaraFalls.ca.